Born Hedley Howard Henderson, the son of an influential politician. An outstanding athlete, Hawkeye won the Olympic Decathlon gold medal in 2016, and he holds numerous world records in a variety of sports and feats of daring. Following an accident in childhood his eyesight is micro-computer assisted, and provides him with lightening reflexs. This has proved invaluable in flying annd high speed air gunnery. it is this attribute which won him his nickname.

After pilot training, Haekeye excelled in all disciplines, and was attached to the Early Warning Attack Squadron in 2015. He joined UN Combined Air Defence Squad in 2016, and was Task Force unit Commander during the first alien attack of 2017. He was awarded the WGM (World Gallantry Medal) for bravery and outstanding service.

Strong, independant and intendsely competitive. Hawkeye is an extremely likeable character with a dangerous disregard for his own safety. Socially unassuming, he tests his skills to the limit in any challenging situation. Philosophical and carefree, he is a reliable ally and a tenacious adversary. 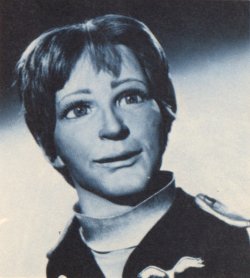